This weekend was my turn to host my family gathering. I always love this time of the month. After having spent 8 years overseas, I somehow just love the warm and fun in a family. It was an unexplanable feeling.... when I was younger, I just want to "move out from my comfort zone". I was thirsty to venture out of Singapore... out to where I think the greener pasture was. My days overseas were quite a challenge especially during festive seasons. It was then that I would think of the fun my family would have, the food that they would be enjoying and the togetherness...it was then home-sick began to sip in. However I did not have the luxury to return home as often as I would like to as I was as poor as a church mouse. I earned just enough to for my semester fees and I was also too proud to accept the offer of free air-tickets home from my brother.

Anyway when I got a little "older", family became a pearl in my life. Even getting out of Singapore for just a mere two weeks now has became unbearable. Just like what Jeff had said, family is an important unit in one's life. Yes I totally agreed with him. No family means "No-Me".

Back to my family gathering - Everyone was in high spirit. The kids wanted only pizzas for their dinner. Mum, sis and brother were not fussy and gave in to the kids' request. So with the help of my sis's helper, we made 8 pizzas.

Here are the wonderful pizzas we have made:
Pizzas Before Sending to Oven 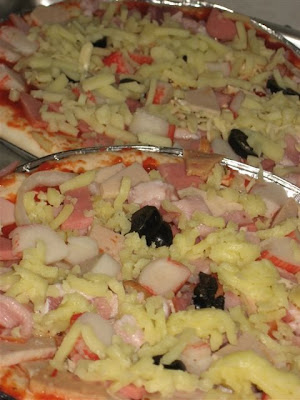 Pizzas just out from the oven: 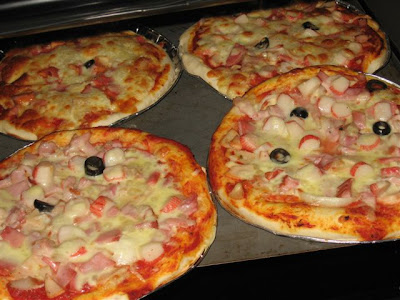 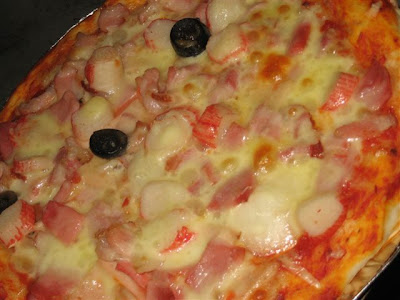